France Langue offers a stay for families: while adults take their French lessons, kids 8-12 years or juniors 14-17 years are supported for French classes and sports, play or cultural activities .

Biarritz: All levels Nice: A2 to B2

Group of 12 students for adult

France Langue has developed 2 programmes to allow families to enjoy summer in France, in holiday resorts where cultural and sports activities are numerous.


The aim of the programme is to improve your oral and written communication, strengthen vocabulary and grammar points, develop your knowledge of French culture and civilization and express yourself with fluency and ease in different situations.

The pedagogy of France Langue is based on oral communication corresponding to authentic tasks of the real life of a speaker in a tourist situation, in a French-speaking country.

The goal of our pedagogy is to meet your immediate language needs: to find your way around the street, to shop, to go to a restaurant, to read the press ...

The teachers will adapt their pedagogy to the target audience (young or adult) and will offer varied and fun activities such as role plays, videos, songs, work in pairs ... 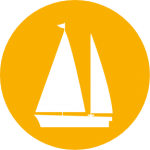 Discover the city of Nice

Ideally located at the edge of the Mediterranean Sea, the city of Nice enjoys an optimal annual sunshine.

Nice is full of monuments and historical sites. In Old Nice, you will discover a large number of churches as well as the Sainte-Réparate Cathedral and the Palais Lascaris. In Nice, you will also find traces of Roman times such as baths, amphitheatres and arenas.

Museums are not lacking in the city: the archaeological museum, the Matisse museum and the national museum Message Biblique Marc Chagall will delight the culture enthusiasts.

The city also has many green spaces and famous squares, rich in fountains, statues and arcades.

The hinterland of Nice is also full of picturesque towns and villages such as Monaco, Cannes, Menton and Eze, where traditions have been perpetuated for generations, such as Grasse, the world's perfume capital.

A few kilometers from Nice are the Alps to the north, which will delight lovers of the mountains but also Italy to the south where you can open up your arms to the Dolce Vita.

Adults:
Classes are held in the morning at the France Langue Nice school, based on 20 lessons / week in a multinational class of 12 students per class.

Kids:
French courses take place at the same time as adult classes, based on 20 lessons / week in closed class of 8 students per class.
French is approached in a playful way: games, song, treasure hunt in Nice, surveys and shopping at the market, cupcakes workshop, cinema exit, museum or park, etc ...

Dates and prices of programme 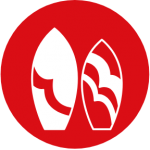 Discover the city of Biarritz

In 1843, Victor Hugo wrote "I do not know a place more charming and magnificent than Biarritz."

Biarritz is a seaside resort, once appreciated by all the European crowned heads and today the kingdom of surfers of all horizons.

Biarritz is located in the French Basque Country, on the Atlantic coast, rich for its heritage and culture. Real city museum, Biarritz is an old city but influenced by the contemporary. The city has kept its prestige of yesteryear with its palaces, its hotels of charm, its luxury shops, and its casino.

But Biarritz has also been able to modernize and lives all year round to the rhythm of festivals, ballets, cultural events and sports. In summer, the Atlantic Ocean is at the heart of all the attention in this world-renowned city with the best surf spots.

Adults :
French lessons are held in the morning at France Langue Biarritz school, based on 20 lessons per week.

Juniors:
French classes take place in the morning at the Sainte Marie primary school, located next to France Langue Biarritz school, on the basis of 20 lessons per week.

In addition to French classes, juniors benefit from a programme of 4 sport sessions (surfing or multi-activities) and fun and cultural activities.

Dates and prices of programme

Our teams are at your disposal to make a quote taking into account the particularities of your family.
Do not hesitate to contact us to receive a free quote.

CONTACT US
By continuing your navigation, you accept the use of third-party services that may install cookies. Learn more.